As someone who has now lost three good friends to Duchenne Muscular Dystrophy, I want to flag this bbc story up. A potential new cure//treatment has been found. Of course, as ever, the researchers are staying pretty cautious  about it for now, but from what I read the results look promising.  I’ve seen first hand what DMD can do to boys and their families; it is one of the only disabilities I think we should find a cure for. It’s just sad  that this came too late for my friends.

On Monday at Chester train  station, as we waited for our train home, Lyn and I saw a guy with fairly severe cp go and talk to the station staff at the gates three or four times. He was using a powerchair and a lightwriter, and he had a high-vis jacket on. At first I thought nothing of it and ignored him, but the way he kept returning drew my attention. I started to wonder whether he  was okay and whether we could do anything to help him, so I asked Lyn about it. She told me that I should mind my  own business; for all  we knew, the fellow could just be one of the station staff doing his job. She was right, of course. After all, why should we have interfered just because we had  the same disability? Yet I can’t help thinking that if the guy was having difficulties communicating with the station staff, wouldn’t it have been better for us to help a fellow crip out?

At the wedding on Saturday, I got chatting to Charlie’s new brother-in-law, who recommended that I checked out a documentary about Donald Trump on Netflix. I watched the first  two episodes of it earlier  today, and it really is an eye opener about this wretched little man. I didn’t  know about Trump’s history – I took his word that he was a businessman. This program, however, paints a portrait of a complete failure of a human being, who is only where he  is through greed, arrogance and the manipulation of others. The guy is a complete tosser, whose warped ego  is utterly sickening. As I’ve said before: the longer America calls this embarrassment to humanity  it’s president, the more ridiculous it seems.  How can any self respecting nation have such a vile wretch as it’s leader?

Lyn and I got back from Chester late last night. It had been a long day at the end of an  incredible weekend. Charlotte’s wedding proved to be amazing, with tonnes of music, singing and dancing – as you would expect from her. It was held in the back garden of a large house just up the road from her old family home. We swung by there the day before, upon getting to chester, just to say hi; I swear the house I once christened The Burrow hasn’t changed a bit.

The next day we arrived bright and early to the wedding venue, with setting up in full swing and guests starting to gather. It turned out to be quite a glorious afternoon: the ceremony itself was magnificent, and in fact  brought a tear to my eye. C looked amazing in her big white dress. She and Alex wrote their own vows, which were quite stirring and all about love and mutual support.

After the ceremony the music began, with DJs, choirs and bands. I managed to get a dance with the bride  – I thin C was happy to see us there. The highlight for me, though, was an awesome little show performed by C’s singing group, The Harmonettes, all about how she and Alex fell in love.  It was so well done it quite made my jaw drop. The party lasted late into the evening, past midnight, by which time I was completely knackered.

I must say, though, yesterday didn’t prove such a  cool day; in fact it was pretty awful. There were works at Euston I’d been told about a few weeks ago, so we had decided to have an extra day in Chester. Unfortunately  by then our hotel room had been booked by other people, so I’d  had no  choice but to book a room at another hotel. Unfortunately, rolling up to the second hotel yesterday we discovered it wasn’t wheelchair accessible, even though it said it was on the website. We looked for other hotel rooms with no luck, so we decided to try to get home.

The  journey  proved  a total nightmare: we had to change trains about four or five times, including at an unattended little station in the middle of nowhere with lifts of pure malevolent evil. The trip took about six hours, and in all we didn’t get home until about twelve or thirteen hours after leaving our first hotel. It really was a nightmare, and I’ve never been so relieved to get into bed, although we did have some incredible pizza up in Marylebone on the way.

In all, then, it was an  incredible weekend at the end of an amazing two weeks. I don’t think I’ll ever forget this past fortnight.

I’m writing this on a train heading to Chester. While it has already been quite a week, this weekend promises to be truly special. My old university friend charlotte is getting married, and has invited me and Lyn to the wedding. Those mad cap undergrad days at uni now seem a lifetime ago, but C remains one of my dearest friends. Part of me cannot believe she is getting married, but to have a chance to witness this most special of days, after she helped me build so , many incredible memories, means more than I can say.

First of all I better reassure everyone that I’m still alive. Our trip to Poland was a great success, but soon after posting the previous entry my Ipad screen packed in so I couldn’t get online.  Dominik kindly lent me his Ipad to use as a communication aid, but nonetheless it was quite a setback. That aside, our  trip was awesome: the festival at Sokolowsko seems to be flourishing, and there was so much cool stuff on this year. I took my powerchair this time, the first time I took it abroad, and it was wonderful to  be able to move where I wanted. Lyn did not perform, but we both enjoyed being there as audience members. It really is a fascinating little place, and our PAs John and Dominik did an outstanding job keeping us both ok. I think we’re all looking forward to going back next year.

Today finds us in Wroclaw again, back for the same magnificent Polish festival Lyn and I came to last year. Truth be told, there isn’t much I can write about it just yet: yesterday was a long, quite gruelling day, and we are only just getting up. Nonetheless expect plenty of updates from here once everything is sorted and the party has properly started.

This was doing the rounds on Facebook, but I think I’ll post it here too because it lays it out so succinctly 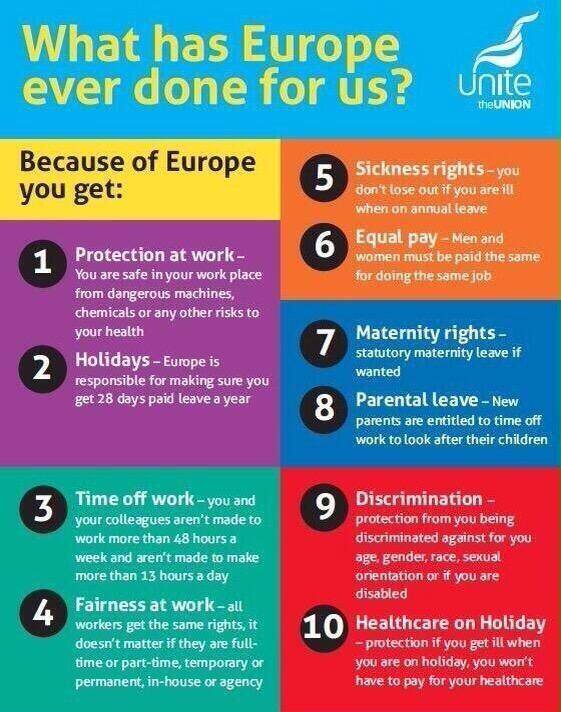 I think anyone interested in Star Trek and  the future of the franchise  should give this a watch, although it doesn’t really make comfortable viewing. It explains some of the background of the problems  Trek faces. While  Patrick Stewart may be  returning to the role of Picard,   the video points out that the Picard we are set to get will be very different to the one we grew up with. The franchise has been split into many prime and secondary timelines, and it has lost the support of many fans because of it. As the video points out, these splits are because the franchise is being fought over by two separate studios, CBS and Paramount. Trek as a whole is thus in quite a mess, torn between different studios, timelines and styles. I had thought the different mise en scene of the new films  was an artistic choice, but it is, in fact, a  result of the franchise being fought over by two different studios: they had to look different for legal reasons. The same goes for Trek’s entire  timeline being rewritten. According to the video, Picard will be flung into this mess of competing narratives in order to bring fans back,  but having  watched it, I can’t help thinking that to use Picard in this way would just destroy a once great character. Trek has lost it’s way, and rather than see it dissolve into a  incoherent mess of competing timelines where the idea of  what is canonic becomes nonsensical, I’d rather let it fade into cultural history.

There are certain people in british public life who should not be there. Who, instead of appearing on telly every now and then or having newspaper articles written about  them, deserve to just be ignored as the utter irrelevancies they are. I just came across this Beeb article: Christine Hamilton has been removed as a charity ambassador  for Muscular Dystrophy UK after comparing burkas to the hoods of the Ku Klux Klan. As someone who has lost several friends to MD, reading that made  my blood boil. I don’t  want that xenophobic whore, that utter waste of human life, anywhere near that  charity. The bitch presumably thinks she can jump on the trump/bojo bandwagon and attract a bit of media attention and political clout for herself   and her husband. It’s as if they want to seem like countercultural,  independent thinkers by coming out with shit like this, when  in fact she is insulting and scapegoating an already oppressed minority in order  to score points with the most abhorrent, contemptible members of our society. She says she is being a  ‘British Battleaxe’,  but fascists like her have no place in  our cultural life:  xenophobia is xenophobia, and ignorant, arrogant bitches who contribute nothing to society should just be ignored as the embarrassments to human civilisation they are.

The Ill-Informed Ramblings of a Cripple
Blog at WordPress.com.
Loading Comments...